A shift in perspective can reveal the truth 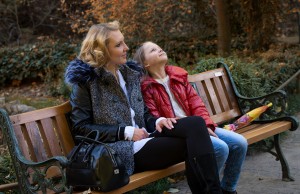 When we know someone very well, we often assume we also know the motives behind his or her actions.  This tendency to make assumptions about the cause of another’s behavior can be a roadblock to co-parenting.

Consider this story by an anonymous author.

A little girl was going for a walk in the park with her mother. Knowing she would get hungry after an afternoon on the swings, slides and in the sandbox, she placed two shiny red apples in a brown paper sack.

The pair went to the park, and the girl had a wonderful time. Before heading home, mother and daughter sat on a park bench to have their snacks.

The girl opened the sack and removed both apples. The mother said, “I’d like an apple, please.” The daughter looked up at her mother, smiled, and proceeded to take a bite of each one.

The mother was flabbergasted. Just as she was about to express her displeasure, the little girl offered one of the apples to her mother, saying, “Take this apple; it’s the sweeter one.”

This simple tale illustrates the notion that perception and perspective can color our ability to discern the truth about a situation. We often cannot know what another is thinking, no matter how well we might know someone.

Similarly, husbands and wives, operating from past hurts and experiences, might not know what the truth really is. For example, when the children are staying with Mother, their bedtime is 8 pm. When they stay with Father, however, their bedtime is 9. The mother may assume her ex-husband is purposely undermining her rules and her authority. In reality, the father may be telling his children that although they are permitted to go to bed later at his house, it is only because they don’t have to wake up for school the next morning. He also may warn them that they must not argue with Mother about their 8 pm bedtime, and if they do, their bedtime will become 8 pm at his house as well.

Human nature causes us to judge what one hears or sees according to how one feels in the moment. Since that judgment can be faulty, it’s always a good idea to ask for clarification whenever your former spouse does or says something that appears to contradict the co-parenting strategies you put in place.

In this way, you both can stay on the same page – remaining strong parents your children can rely on, even if you aren’t still married.